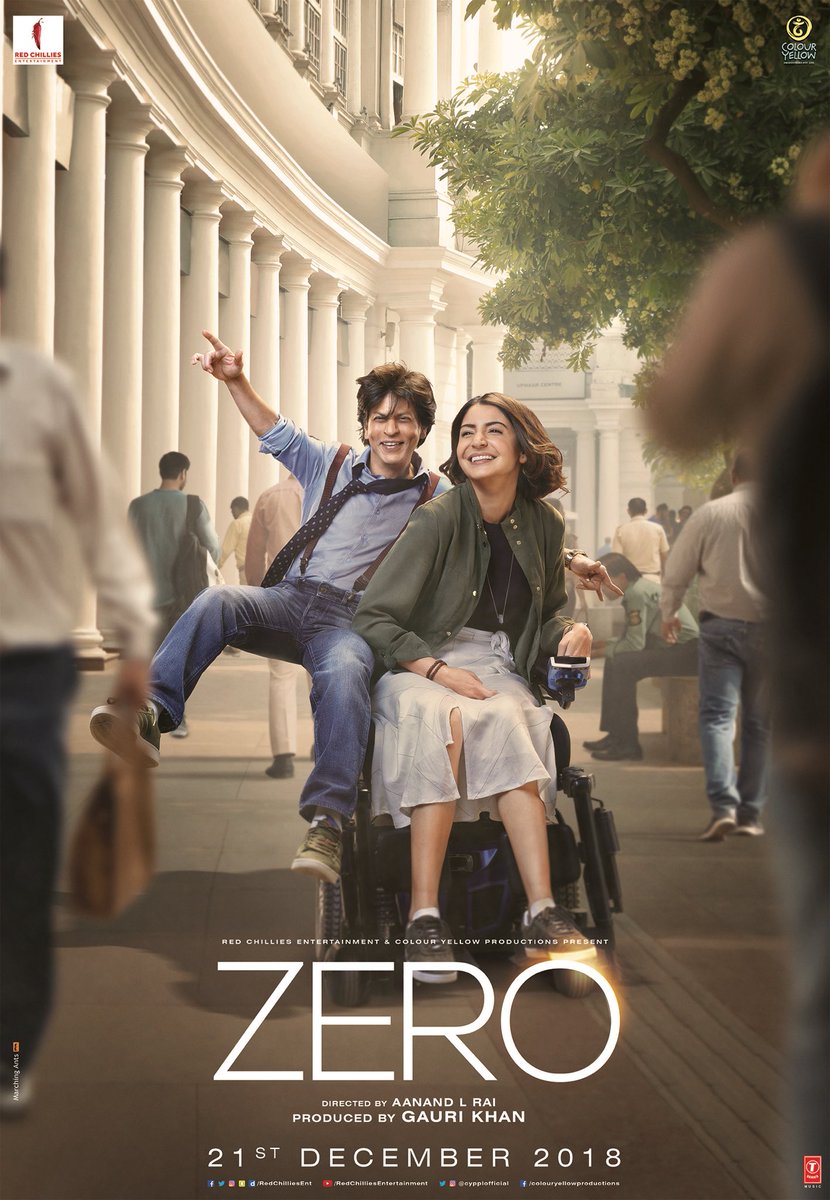 Before I even start with describing how bad the film Zero was, I believe it would be prudent to admit that I am a die-hard Shah Rukh addict; someone who always hoped that the Badshah of Bollywood could perhaps give his acting career post his fifties a major rejig. After watching Zero, I am not so certain anymore.

Shah Rukh Khan’s filmography after the onset of 2010 has been that on a hit-loss-hit track. I, however, am not a personal fan of judging films by their Box office collections- by that record, every Salman Khan film would probably go on to become top-rated films. I watch films to ascertain the quality of content the film provides; the originality it bears, and how the film possibly integrates its core theme into the motion picture that we pay for at the end, though not being the run-of-the-mill critic who wears the glasses of a cynic. In short, I like films that I can enjoy. Chennai Express, Dilwale and Jab Harry Met Sejal were absolute disasters, but provided on their core theme of comedy and a doses of SRKian romance. Fan was a major uplift, the dual characters of Gaurav and Aryan were donned brilliantly. VFX work was commendable, too. Raaes, in my frank opinion, was a lovely treat- injecting compassion for an otherwise villainous character among the audience. Dear Zindagi was an out-of-the-box experiment that turned out very well, both in terms of critical accolades and success. The success was because it was relatable, and most of Gen Z could find an instant connect that Bollywood films typically do not provide for.

But those were chronicles before Zero.

With Zero, Shah Rukh Khan hit a new low. Right from the start to the end, the film remained a mess. Many commentators have reviewed that the ensemble featured the doomed trio of Anuskha-Katrina-Shah Rukh from Jab Tak Hai Jaan. You could take all the greatest actors of the world and engage them in a circus of a plot- and the film would still sink- simply because, there is no meaning attached to it! Films are supposed to be a form of escapade. They take our creative selves on a tour, tossing around with the ideas we can harbour. The principal fault with Zero is that the plot is an absolute zero.  Aanand Rai probably tried to stitch together three stories within one; and the sew ended up in tatters. Make no mistake, individual characters portrayed by Shah Rukh- that of a dwarf, or bauna (Bauua Singh)-Anushka with that of a disabled, but inspiring astronomer who has paved the way for the Man on Mars mission (Aafia)- and that of Katrina with a role which suited her usual arrogant self (Babita Kumari)- were brilliant to say the least. Bauua Singh’s character is an extremely difficult role to carry, the gaudy vanity of the character being a particular highlight. But somewhere, the overall connect goes missing, and with that, the film loses its way, too.

Who on earth otherwise can imagine of a plot which encompasses a groom running from the bride, attempting to romance a star beyond the ordinary, getting the boot and finally ending up as a man exiled to Mars, all for love? Is that even love? Zero looks to make its way around by introducing forced humour, and drags the second half rather unnecessarily. In fact, almost the entirety of the second half features Bauua’s preparation to leave for Mars. Heck, there is even a scene where in zero-gravity (aka, vacuum), Bauua and Aafia converse, can exist without an oxygen mask in tow. For science graduates like me, and well for everybody else, too- that is indigestible content. Forget breathing, staying in vacuum without adequate pressurised gear can prove lethal.

Zero might be a big-budgeted film, but honestly, has failed to do justice to the investment poured in it. It would have been made so much better if only a botched up ending could possibly be restructured and re-worked on. The first half is the only enjoyable portion from the entire film, wherein we are introduced to the characters and their nuances. The climax is hasty, at best- and there’s no denouement to it. The ride we hoped for Zero never took off, and that is the reality.

In the end, the verdict is clear: Stay clear of Zero, and save both your money and time. You would not regret it.